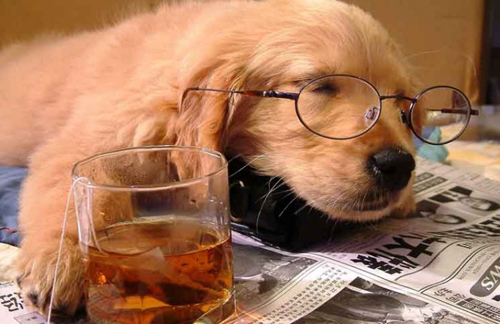 A recent study concluded that some pet dogs may experience poor sleep, just like humans. Even brief periods of separation from the owners, the study finds, or traumatic exposure to a stranger can negatively influence a dog’s sleeping patterns.

The study’s researchers used different types of dogs for the experiment, including a Golden Retriever, a Labrador Retriever, and a Jack Russell Terrier. The groups of dogs were divided into two categories: those who received positive experiences prior to sleep and those who received negative stimulus. Positive interactions included play time with owners, often with game playing and tug-of-war. These experiences were complemented with positive reinforcement, petting sessions, and general warmth and love from the owners. On the other hand, the dogs exposed to negative stimulus were tied by their lead to the floor, and ignored by their owners. Worse still, researchers then entered the room in a hostile fashion, making constant eye contact with the dogs (a sign of aggression in canines), but without speaking or encouraging the dogs. As a result, the dogs with positive experiences enjoyed a full hour of deep sleep, as opposed to the other group of neglected pups, who only came away with 40 to 50 minutes of non-REM sleep.

Negative Experiences During the Day Can Lead to Less Sleep

The study’s lead researcher from the Hungarian Academy of Sciences, Dr. Anna Kis, argues that in humans “stress causes difficulty falling asleep,” but dogs “fall asleep more quickly … as a protective measure to remove themselves from a stressful environment.” However, even though dog’s defensive mechanism helps them get to bed faster, they “… get less sleep after a negative experience.” Kis concluded that, much like humans, dogs similarly deal with day-to-day stress, including disruptions in sleep activity and problems falling into the most restful, deep-REM sleep. This conclusion is based on the entire study, which took into account the experiences of 16 dogs, of whom the stressed dogs received up to 20 minutes in a non-REM state. 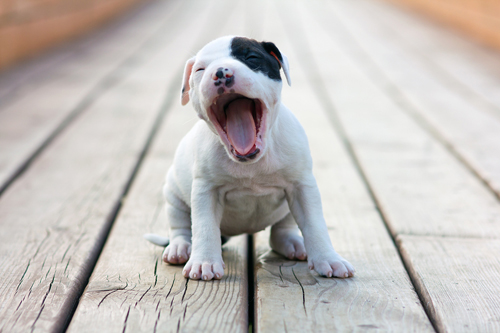 The dogs with positive experiences enjoyed a full hour of deep sleep, as opposed to the other group of neglected pups, who only came away with 40 to 50 minutes of non-REM sleep.

This study suggests that owners who live stressful lives influence the behavior and well-being of their pets as well. Exposing domesticated animals to environments that would be harmful to human psychology, these researchers indicate, would also be stressful to the animals living in the same environment.

Your Pet Feels You – If You’re Stressed, They’ll Be Stressed Too

Such a study clearly indicates the need for intervention into some pet owners’ households. Although there has been some positive results with supplementation, there are certainly certain strategies available to compensate for the difficult sleeping patterns that some adult animals will experience in the homes of stressed individuals in similar environments. This study merits further study and practical application analyses.